Bingo is a game that’s been around for a while, and it was only a matter of time for the online transition. Today, a lot of casino sites offer different bingo rooms, with different variations available, both classic and new. The best part about playing bingo is its unpredictability. Players don’t have much say on the outcome, as it is a game of probability. It is also super easy to play, as there are almost no strategies involved. One can learn to play bingo online fairly quickly, which is perhaps the reason for its wide popularity.

Online bingo comes in lots of different variations, to keep the game more interesting. There are a lot of them and to be honest, they can be quite daunting for someone just starting out. But players who have been playing for a while now certainly do enjoy the wider choices in themes and ball numbers. Bingo comes in the classic American and UK versions, as well as some modern variations like speed, card, crossovers, 5-line games etc. The choices are many, and we understand that it can be overwhelming for someone just starting. So we will talk briefly about the classic variations to give you a clear head.

Another name for it is the British bingo. This variation is played with 90 balls. The tickets have 9 columns by 3 lines pattern. All the 27 fields don’t contain a number. Each line has 5 numbers and 4 empty boxes while the 9 columns have the 9 decades of numbers. You can win for any 1 line, 2 lines or full house. Getting full house entitles you to shout for an excited ‘Bingo!’ cheer.

This is the American variation of bingo. This is faster paced compared to the 90-ball bingo as it is played with fewer numbers. There are 5 by 5 cells which contain 24 numbers and a central cell marked as ‘FREE’. Over each column, there are the letters B-I-N-G-O spelled out. When the numbers are called out, the letters are mentioned as well. In this variation you can win with the lines, patterns creating different shapes such as shapes, numbers, symbols or spelled out letters. You will have a blackout if you cover the entire ticket.

This is an interesting variation, as it is a mix of both the British and American versions. This variation popped up about a year ago and is still considered as one of the most exciting and innovative variations of all time. Almost all online sites offer this variation. The version includes a 4 by 4 cell, where all the fields are filled. It was the first variation which introduced the idea of speed bingo as there are fewer calls. You can win the 80-ball bingo by creating lines like the 90-ball bingo or patterns like the 75-ball bingo.

Whether it is a real setting or an online site, bingo games are taken over by a caller. The caller basically calls out numbers and validate the winning tickets. The prizes are announced before the start of each bingo game. Once the game starts, the caller will call out the numbers in a random selection as they get selected. The random number selection is done through either an electronic Random Number Generator or by drawing counters from a bag. Sometimes a mechanical draw machine is used as well by using balls. Calling is done by following a simple repetitive action. For example, “two and four, twenty-four”, or “both the threes, thirty-three”.

Players coming to the venue can buy a book of tickets. In the UK, playing is divided into many sessions with different books and each has a designated number of pages. Players in the UK usually buy books with 6 tickets that contain all possible numbers in the different combos.

As each number is called by the caller, the players check if that number is on their ticket. If it is, they will mark that with a specially marked named ‘Dabber’ or ‘Dauber’. Once all the numbers are called out to win a prize, the player will call out wither ‘Line’ or ‘House’ depending on the prize. An official will then check the claim and give out the prize accordingly.

In large clubs in the UK, the auto-validate systems are now being incorporated. The system employs a 1 to 8 digit security code and it is read out by a staff member. This is also checked against the entry for the ticket on the system. This saves time and energy on calling out each number on the ticket.

Often times, the bingo game will have an interval in the halftime. Most UK bingo halls will have mechanized cash bingo to play.

The step by step guide to playing online bingo is as such:

There is not much in terms of strategy for bingo, as you can’t really predict the numbers that are going to be called out. For both online and halls, the numbers are taken and called out randomly. You don’t have to practice a lot either to better your skills to become a bingo pro, which is another reason why bingo is such a popular game both online and offline.

However, there are some tricks which can still help you to better your chances of winning in the online bingo. You can have a winning pattern by trying out some of the tricks we mention here. For example, if you buy more cards to play, you increase your chances to have a card with a winning pattern. Also, if you play at less popular times, you can reduce the competition. You can find out about more prizes to win via the chat function.

The online bingo games use a classified glossary which will be helpful for you to learn as you will understand the ropes of the game better this way.

Bingo is undoubtedly one of the easiest games to play online. But there are still a few strategies you can use to win. There are namely 3 which are the most successful to make you win.

Focus – You need to be focused while playing bingo to maximize your chances of winning the game. You need to know about the busy times, reward bonuses, big jackpots, number of players playing the game etc.

Play the Numbers – Choose how many cards you want to play. This choice should be based on the numbers of prizes and winnings you get from a total number of the bingo games you play.

Bankroll Management – You need to know the limits you can go to buy the bingo cards. You need to play responsibly when you play any online game with real money, and the same goes for Bingo. You should also keep a clear track of your losses and winnings as the game continues.

It is easy to lose track of your money and go a bit crazy in your spending as it is easy to play the game and all you need to do is spend some money to buy the card. When you play on online sites it is easy to feel the urge to buy a crazy number of bingo cards. It's also tempting to let the computer do all your daubing until you finally win. You have to understand that spending money is easier when you are playing an online game and have no ways to keep track of your spending. It is impartial that you learn how to manage the bingo bankrolls so that you don’t regret your choices later.

There are several ways to win on the online bingo sites. The standard patterns are pretty much horizontal, vertical and diagonal. There are also more complex patterns such as the Blackout or Full House bingo where you need to cover all the blank spots on your card. There are also some unusual patterns on some bingo games such as pumpkins, the plus sign, turkeys, four corners etc. The online bingo sites seem to be rather creative in coming up with the weirdest patterns possible. It’s possible to win two prizes in one game by getting two winning patterns. With bingo tickets, you can also win from patterns the cut across all the cards in the ticket. This makes the bingo game even more exciting as you can win a lot more if you can mark off all the numbers in the ticket pattern.

Other than the regular prizes, online bingo sites sometimes offer different jackpots within the game. Some jackpots pay out daily as they are included as standards in the game. There are some progressive bingo jackpots that can give you a good sum of reward. The first prize consisting £7,800 is not unheard of and sometimes they go for even bigger amounts. Check with the online bingo site if they have a progressive jackpot as not all of them offers them.

How do I play?

The Bingo Caller will call out random numbers and wait for a few seconds for the player to check if the number is on their card. You keep on marking the numbers on your card until the caller says that it’s done. Then you check if you have a winning pattern and call out ‘Bingo!’ if you do for the Caller to check your card and give you the prize.

What are the odds of winning?

How much can be won?

On average, a regular bingo game can give you rewards of up to £79. Of course, for bingo games with progressive jackpots, they can go up to £7,800 for the first prize.

Where can I play?

You can play bingo both offline and online. Today there are many online casino sites which offer at least some classic variations of the bingo game.

Can I play on mobile?

Yes, there are some sites which offer bingo games on their mobile sites. Just go through the site’s mobile casino site to see if it’s available or not.

The online bingo game’s outcomes are hugely based on luck. But there are still a few things you can try out to increase the chances of your winning the bingo. Some general tips to help you get started are:

Keeping an eye on the game – Know how the game is progressing so you know how to act. Some important factors to keep an eye out for are the number of people who are playing, how many cards they are buying etc.

Buying the right card – Depending on the site you decide to play and the room you want to play in is important to up your chances of winning.

Free Playing – This means you practice your techniques by taking advantage of the demo or free-money games to increase your chances of winning it big when you play with your real money. The good thing for bingo is it doesn’t take a lot of practice to get the hang of it.

Playing when the Cash ball Jackpot is low – This will significantly increase the odds of winning.

Online bingo sites are a good place to play an easy and fun game which is equal parts amazing and exciting. The easiness of the game adds to the overall fun. 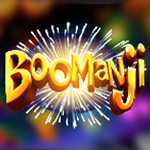 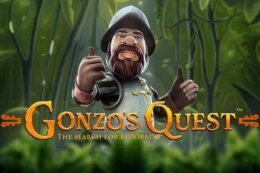 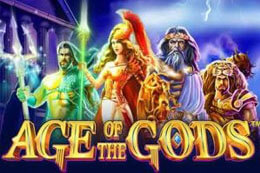 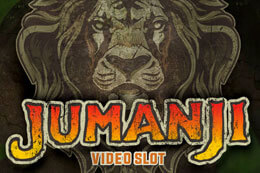